Digi Toilet Systems, abbreviated DTS Finland, has developed an iTOA® dry toilet container for implementing hygienic sanitation under almost any circumstances. The end product is a safe soil conditioner which can be used as a fertilizer for all plants. Almost any biodegradable material is passed through in just about one day.

Before establishing DTS Finland, inventor Raini Kiukas worked as an entrepreneur at DT, or Dry Toilet, center. DT center was founded in 2004. 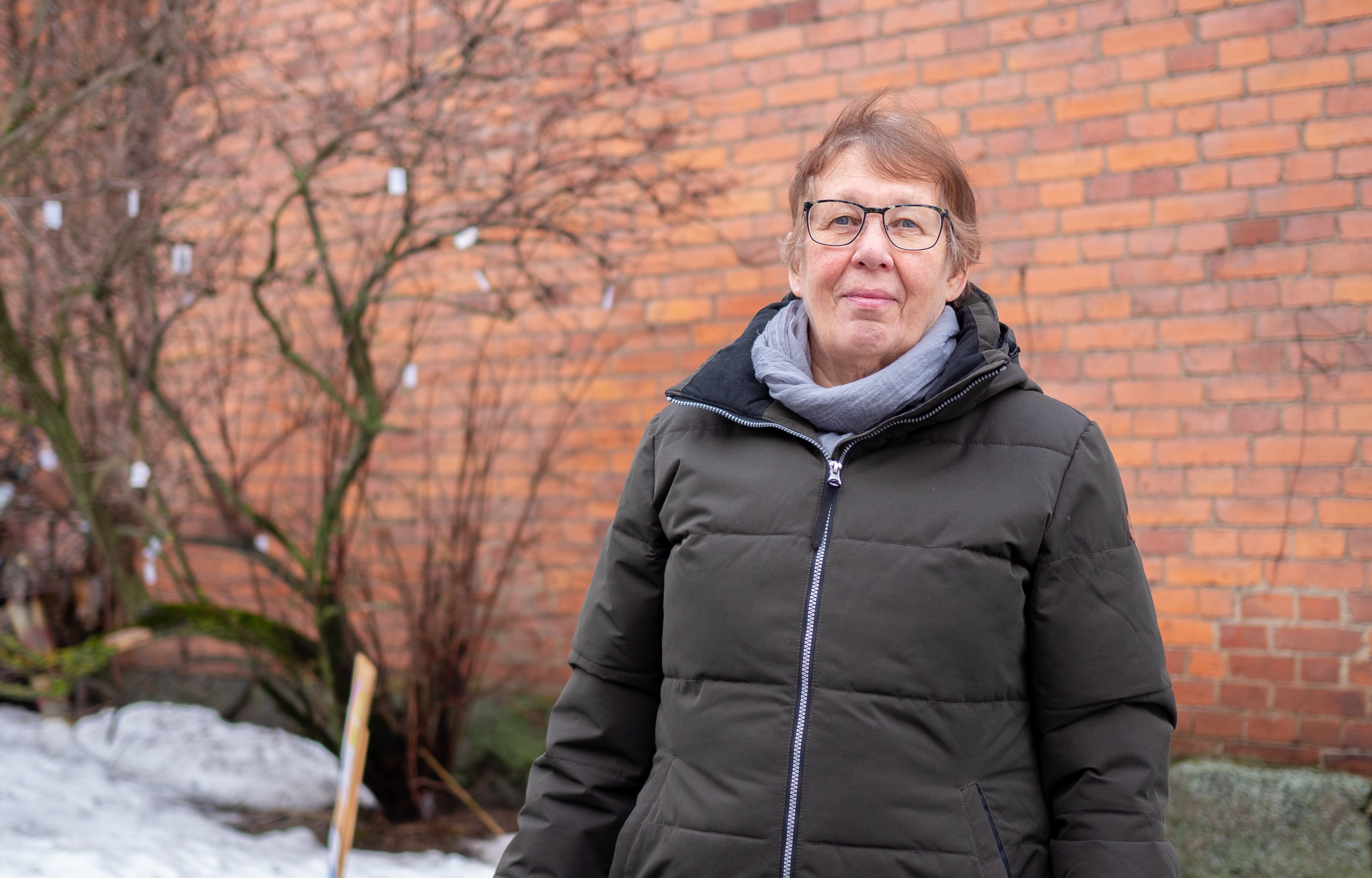 – DTS Finland was started in 2017 when DT center received a request for a quotation and we had to develop a method for the safe recycling of toilet waste, Kiukas recalls.

At that time, Kiukas was first to find a method suitable for human toilet waste. Further development was then financed by Business Finland.

– It was their wish that an entirely new startup be established for this business. So that's what we did, Kiukas recalls.

The objective of the development is to create a microthermal method for the safe recovery of almost any organic substances and side branches of industry. Compared with conventional composting, the method produces very little carbon dioxide. The end product is a dry and hygienic soil conditioner which makes, for example, pelleting and bagging easy.

– When the end product is in the soil and growing new crops, it also becomes carbon negative. The emissions are so low, Kiukas says.

– Because the end product is dry, it is much easier to transport than wet masses, for example. This is why it could easily become an exported product just as well as a mineral fertilizer. And as for export, it is not only the end product that can be exported but also entire units including equipment and microbial primers for testing the material from which waste is produced, Kiukas reflects.

In addition to the low emissions and easy transportability, the finished soil conditioner has other advantages as well. For example, certain harmful substances and bacteria are decomposed during the process. Consequently, for example human faeces can really be turned into a safe fertilizer. Being hygienic, the soil conditioner has also been approved by the Finnish Food Authority. This means that the end product can be used as a fertilizer for all plants.

International patent protection has been sought for the dry toilet container relating to the method. Berggren's Seppo Kilpeläinen having expert knowledge in microbiology is one factor that has contributed to this end. A common language was found at the very beginning.

– Seppo is a person who understands the terms we use. One thing led to the next, and we have not had any need to tender out, if we could get patents cheaper elsewhere. Once you have found the right person and it works between you, that's it, Kiukas underlines.

– But the language of patent applications, it is just inconceivable. When I saw the draft for the first time, I thought that nobody can read this. So you have to find a person with whom you can comfortably discuss things. Seppo and Berggren have my full confidence. If there is anything that is not clear to me, I will receive an answer from them. Well, you get an answer from Google, too, but for these things, people are always needed, Kiukas chuckles. 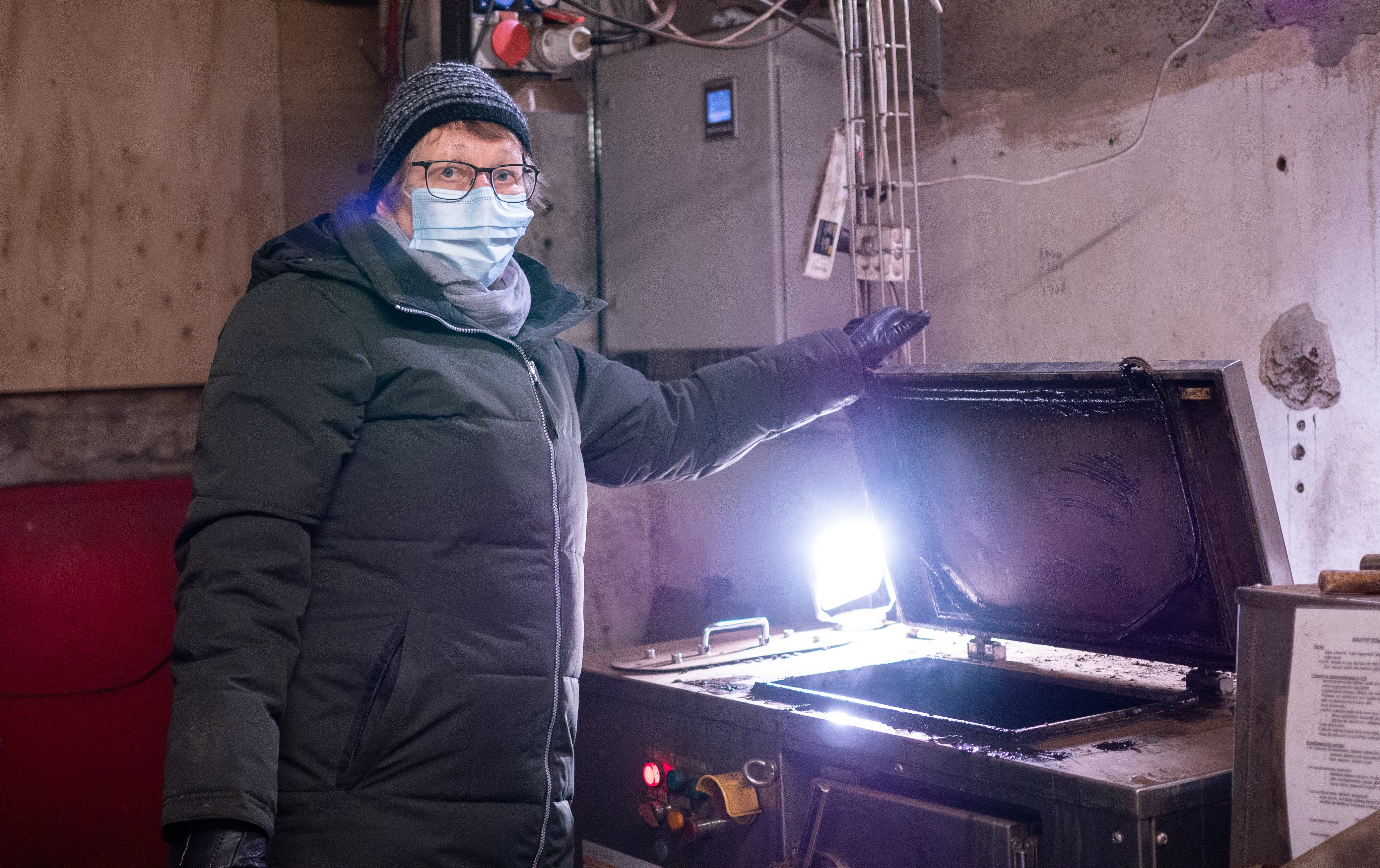 The long development work received its just recognition when Kiukas won the Gold Award of the Global Women Inventors & Innovators Network, GlobalWIIN, in the category of Social Innovation. However, being an inventor, and even a female one, has not always been easy at all.

– It is true that I have felt somewhat downgraded at some innovation events, for example. Right now, we are beginning to test our method for sewage sludge. It is probably the most difficult material in this respect. When I have told that it can be processed all the way, even into a bag, in 36 hours, some people may have smiled at me being a woolgatherer. So we have had to show proof of this, because nobody else has been able to do it, Kiukas says.

– There is still a vast global epidemic that has started in places where drinking water has been contaminated with faeces. This problem has never been solved before, even though it is often said in high-flown speeches that something ought to be done. Many applications for funding have been made, but there is no money coming in. Money could be provided for the processing of bio-waste but not for this. I have often thought that we are fighting windmills, laughs Kiukas.

At this moment, the development is at such a stage that we can really talk about processing organic waste in the wide sense – we have not yet faced anything that could not be decomposed in 24 hours. However, for taking off, bigger wings would be needed.

"One should never be discouraged"

Kiukas wants to encourage aspiring inventors to boldly contact another inventor who has already gone a few steps further in the process. It is helpful to find out from a more experienced counterpart what should be done first. However, it is not useful to tell everybody everything, and for example patent matters should be taken care of sooner rather than later.

– We, too, were quickly detected by a number of consultants. So a motley array of agents have poured in. We took notice of the tip from Business Finland and patented our invention at a very early stage. I do not know when we would have faced a situation that a consultant would have wanted to take control of everything completely. A confidential disclosure agreement should always be made when you start to discuss things with an outsider, Kiukas emphasizes.

– The Finnish innovation foundation Keksintösäätiö and the Centre for Economic Development, Transport and the Environment are organizations which may provide help and useful contacts. One should never be discouraged, Kiukas sums up.

Lentola logistics: “Our patents are in the best possible hands”

Lentola Logistics is currently developing a delivery system based on the use of electric aircraft. The system can reduce the CO2 emissions of last..

TactoTek® is a company that develops injection molded structural electronics and operates globally. As TactoTek’s long-term partner, Berggren is..

Biocoil is a Kuhmo-based start-up aiming to build a better future for all of us. The intention with developing secondary flows from the sawmill..