It has long been possible to protect trademarks and designs in all of the EU with European Union trademarks and Community designs. However, we still lack uniform protection for inventions even though the first attempt at a common patent system for members of the European Community was made back in the 1970s. There’s still no EU-wide patent on the horizon, but a step will be taken in that direction in 2022 with the introduction of the Unitary Patent. Taking into account all the challenges involved in creating the system, unexpected delays are still possible.

The Unified Patent Court (UPC) is closely linked to the Unitary Patent.

What is a Unitary Patent and what is the Unified Patent Court?

At present, the only way to get a European patent revoked after the opposition period is to take legal action in national courts, bringing action for revocation separately in each country. In other words, it is possible that a European patent is revoked in one country, but remains in force in another country. As concerns the Unitary Patent, any patent revocation will apply to all countries in which the patent is in force. The Unified Patent Court will also enable European patents to be centrally revoked.

However, during a seven-year transitional period, national courts will retain concurrent jurisdiction in disputes concerning European patents. During the transitional period, the patent proprietor or applicant can also opt out of the jurisdiction of the Unified Patent Court, in which case any infringement and revocation cases concerning a European patent will be heard in national courts during the patent’s life.

When will the Unitary Patent be available?

The Unitary Patent will be available when the agreement on a unified patent court (UPC Agreement) enters into force. This will happen three months from the date on which at least thirteen signatory EU member states, including Germany, France and Italy, have ratified the agreement. Germany’s ratification is the only one still missing. However, Germany plans to postpone its ratification until adequate progress has been made in the necessary preparations for the Unified Patent Court’s operations, such as the recruitment of judges.

In other words, the Unitary Patent System could take effect in the fourth quarter of 2022. At present (16 February 2022), the UPC Agreement has been ratified by 16 countries, meaning that once Germany ratifies the agreement, the Unitary Patent will cover at least 17 EU member states. An up-to-date list of the countries that have ratified the agreement is available here.

What will change in the patent application process?

The Unitary Patent can substantially lower the costs involved in validating a European patent, as the patent does not need to be translated into several languages. If the language of the patent proceedings was English, a translation must be provided in the official language of any EU member state.

What should patent applicants and proprietors do now?

A Unitary Patent can only be based on a European patent that has been granted on or after the date on which the UPC Agreement entered into force. If you wish your pending European patent application to benefit from the Unitary Patent system, do not hasten the application process to avoid having the patent granted before the agreement enters into force.

A European patent cannot be opted out of the jurisdiction of the Unified Patent Court if an action concerning the patent has been brought before the Unified Patent Court. If you wish to use the opt-out scheme, it is best to do so before the UPC Agreement enters into force. Requests for opt-out will become available three months prior to the UPC Agreement’s entry into force. 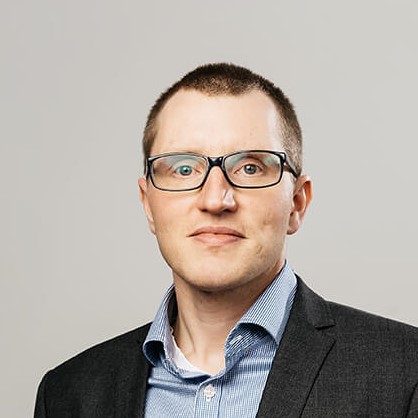 Antti is an experienced author of patent applications and novelty searches. He handles patenting-related matters ranging from availability searches to oppositions and appeals. Antti also has experience related to the restoration of the lost rights of a patent holder.