Industry statistics show that there are an average of 25 errors per 1,000 lines of code (NIST report, 2016). Some of these errors may result in persistent software malfunctions and cause programs not to perform as intended.

In this scenario, it is important to determine what acts the rightholder and the acquirer of the program are entitled to carry out to correct such errors without breaching contractual and/or legal provisions in the European Union.

The instant case pending before the Court of Justice of the European Union (“CJEU”) can provide us with some guidance in this respect.

Questions referred to the Court of Justice of the European Union

The present dispute arose between Top System, a company that develops computer programs, and its client, the Belgian State (namely Selor, the entity responsible for selecting staff for public authorities), where the latter decompiled certain malfunctioning software developed by Top System. The Court of Appeal of Bruxelles, referred two questions to the CJEU (case C-13/20) related to the interpretation of the Directive on the legal protection of computer programs (Council Directive 91/250/EEC, “the Directive”).

First, the referring court asked the CJEU whether and to what extent the lawful acquirer of a computer program has the right to decompile the program where such decompilation is necessary to enable that person to correct errors affecting the operation of the program. In the instant case, the correction consisted in disabling a function that affects the proper operation of the application of which the program forms a part.

Second, if the first question is answered in the affirmative by the CJEU, the referring court asked whether the conditions referred to in article 6, related to decompilation, or any other conditions, also should be satisfied.

Decompilation and copyright protection of computer programs under EU law

As the Advocate General (“the AG”) pointed out in his opinion handed down on 10 March 2021, computer programs constitute the “only category of protected works for which it is impossible to access the ideas behind the software through a mere sensory analysis not involving any activity subject to the monopoly of the author”*. Indeed, in order to observe and study such ideas and principles, users must decompile the object code of the software provided to them and access the source code.

However, notwithstanding the fact that decompilation as such is not directly mentioned in article 4 of the Directive, which lists the author’s exclusive rights, including reproduction, translation, adaptation, arrangement and any other alteration of a computer program, the AG noted (consistent with the EU Commission’s opinion) that “a certain number of acts which together constitute the decompilation process, such as reproduction and alteration of a computer program, are clearly subject to the author’s monopoly”.

From the above it follows that decompilation should not be carried out without the author’s consent, unless it is permitted by applicable law as constituting an exception to the author’s exclusive rights.

Article 5 of the Directive provides that, in the absence of specific contractual provisions, the acts referred to in article 4(a) and (b) (i.e., reproduction and modification of a computer program) shall not require authorization by the rightholder where they are necessary for the use of the computer program by the lawful acquirer in accordance with its intended purpose, including for error correction.

The language of article 5 should be broad enough to include decompilation as an exception to the author’s monopoly thus resulting in an affirmative answer to the first question referred to the CJEU. The appellant software house, however, argued that decompilation should fall instead under the provision of article 6 of the Directive, which in its opinion constitutes lex specialis and therefore prevails over article 5.

Article 6 of the Directive, which is entitled “Decompilation”, provides that reproduction of the code and translation of its form, necessary for decompilation, may be carried out without the rightholder’s authorization only in order to ensure the interoperability of programs and only under certain conditions.

Thus, if the CJEU accepts the appellant’s interpretation of article 6 as lex specialis, decompilation can be carried out only for ensuring interoperability (article 6) and not for error correction (article 5, para1).

The opinion of the Advocate General on the first referred question: allowability of decompilation for error correction

The AG did not share the appellant’s interpretation of article 6 as the sole provision of the Directive applicable to decompilation. Indeed, in point 56 of the AG´s opinion, he noted that:

nothing indicates that article 6 of the directive 91/250 is a lex secialis with respect to article 5, paragraph 1, of such directive. These two provisions have a different scope of application, because they relate to two different hypotheses. Article 5, paragraph 1, concerns acts necessary to use a computer program, as well as to correct errors, while article 6 concerns acts necessary to guarantee interoperability of autonomously created programs. The two provisions at issue are therefore independent from each other and do not have any relationship as lex specialis and lex generalis.

In the AG’s view, the correctness of this approach is not contradicted by the preparatory materials of the Directive, which simply indicate that the initial idea of including the exception concerning decompilation for interoperability purposes in a specific paragraph of article 5 (distinct from paragraph 1) was abandoned in favor of the creation of a new more elaborate article, dedicated to such exception. This, however, should not affect the scope of article 5, paragraph 1, of the Directive.

Given the above, the AG shared the opinion of the European Commission, according to which the preparatory materials of Directive 91/250 do not support a different conclusion from one that applies the literal and systematic interpretation of article 5, paragraph 1, of the Directive.

In conclusion, the AG proposes to answer the first referred question by affirming that:

article 5, paragraph 1, of the Directive 91/250 should be interpreted as permitting the lawful purchaser of a computer program to decompile such program where the decompilation is necessary to correct errors affecting the operation of the program.

The opinion of the Advocate General on the second referred question: legal requirements for decompilation activities

The AG relied on the same reasons mentioned above, concerning the autonomy between

With respect to article 5(1), the AG identified two conditions that need to be fulfilled:

1. the exception can only be applied to a lawful acquirer of a computer program; and
2. decompilation should be necessary to allow the use of the program according to its destination and, namely, to correct errors.

The AG highlighted in this respect that “the intended purpose of a computer program is the one defined by its author or, depending on the case, the one agreed by the supplier and the buyer of the program at the moment of the purchase. An error is therefore a malfunctioning that prevents the use of the program according to such intended purpose. Only the correction of such errors can justify the user’s acts, including decompilation, carried out without the consent of the rightholder”.

In light of the above, the AG proposes to answer the second referred questions by affirming that:

article 5, paragraph 1 of directive 91/250 should be interpreted in a manner that the decompilation of a computer program, according to such provision, carried out by the lawful acquirer in order to correct errors, is not subject to the requisites provided by article 6 of such directive. Decompilation can instead be carried out only to the extent necessary for correction purposes and within the acquirer’s contractual limits.

While we are waiting for the Court of Justice to have the final say on the referred questions, we can already highlight a couple of undisputed issues in the case, which can be helpful for managing conflicts between the rightholder and the acquirer (usually a licensee) concerning malfunctioning computer programs.

First, the parties can specify in an agreement their rights and obligations with respect to accessing the source code to correct errors. Indeed, article 5, par. 1, of the Directive allows certain acts to be carried out without the previous authorization by the rightholder only in the absence of specific contractual provisions. In the instant case, the agreement between the parties did not include any provision prohibiting the acquirer from carrying out the activities necessary to decompile the program.

Second, in the event the acquirer is contractually entitled to receive the source code of the program from the rightholder - as it was in this case - the correct way to proceed is for the acquirer to put the rightholder on notice and enforce the agreement, rather than to decompile the object code so that it must then meet the requirements set forth by the Directive.

* The English translation of all direct quotes in this article are provided by its author and should not be considered as an official or authoritative translation. 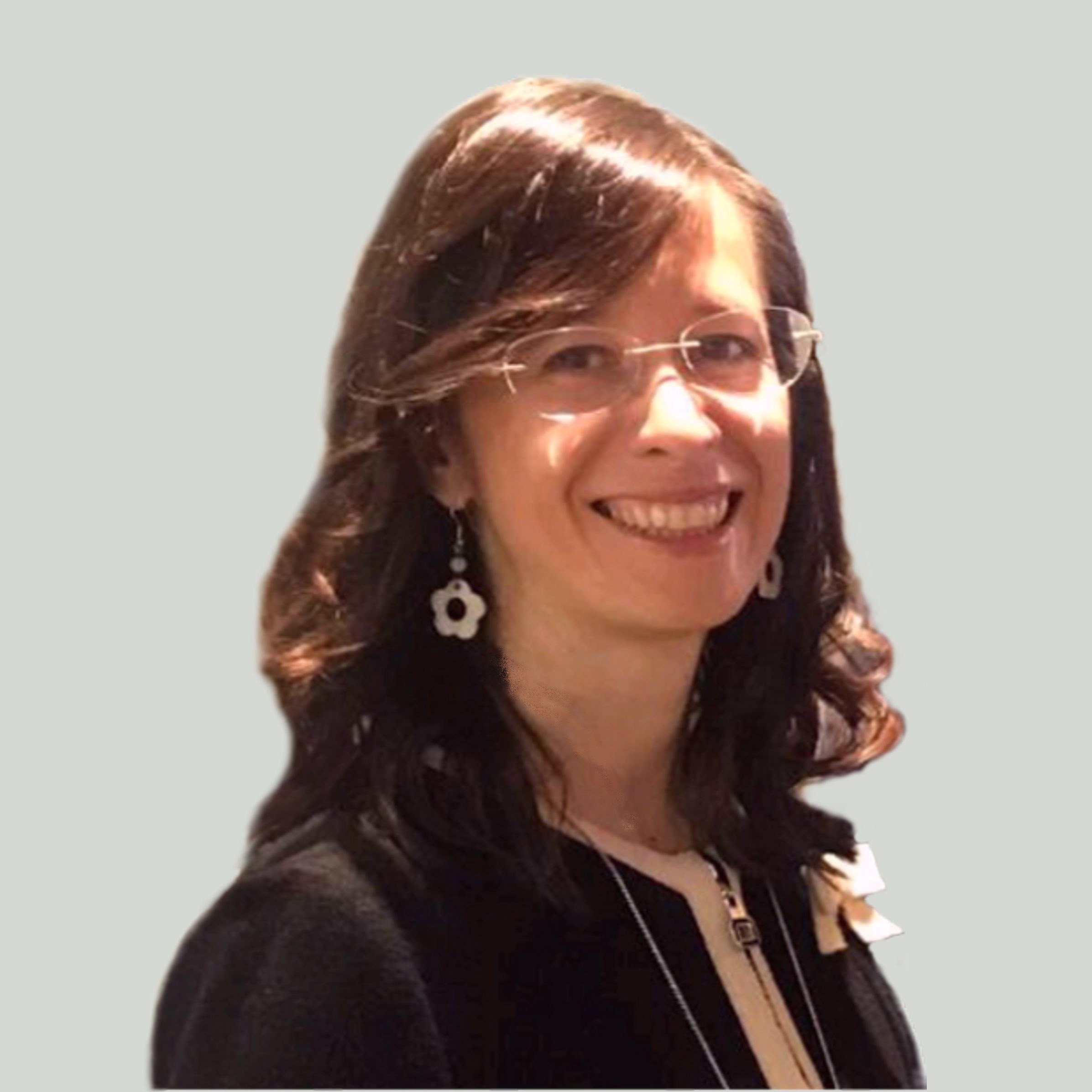 Mariella has 15 years of experience as an attorney at law and she supports Berggren´s Legal Team on various IP matters which have an international component. She has been a frequent speaker at international events and workshops on a variety of IP issues. At Berggren she focuses primarily on international business development.