Biokasvu has succeeded in developing and patenting a fertilizer formulation which stimulates the activity of natural soil micro-organisms so that the nutrients that are released can be used by crops better than before. With the help of Berggren, this novel fertilizer was widely patented in the Western world. The aim for the future is to take a proactive approach in the exportation of the new fertilizer formulation to international markets.

Biokasvu Oy provides customers with first-class and environmentally friendly products for a variety of uses. The products are made of high-quality renewable and/or recyclable main or side products of industry and agriculture. The history of the small Finnish family enterprise dates back to the early 1980's when the firm was established as a subsidiary of Kemira.  Biokasvu has been privately owned since 1990.

– From the start, Biokasvu has been active in the field of recycled nutrients and materials, says Juha Tilkanen, CEO of Biokasvu. 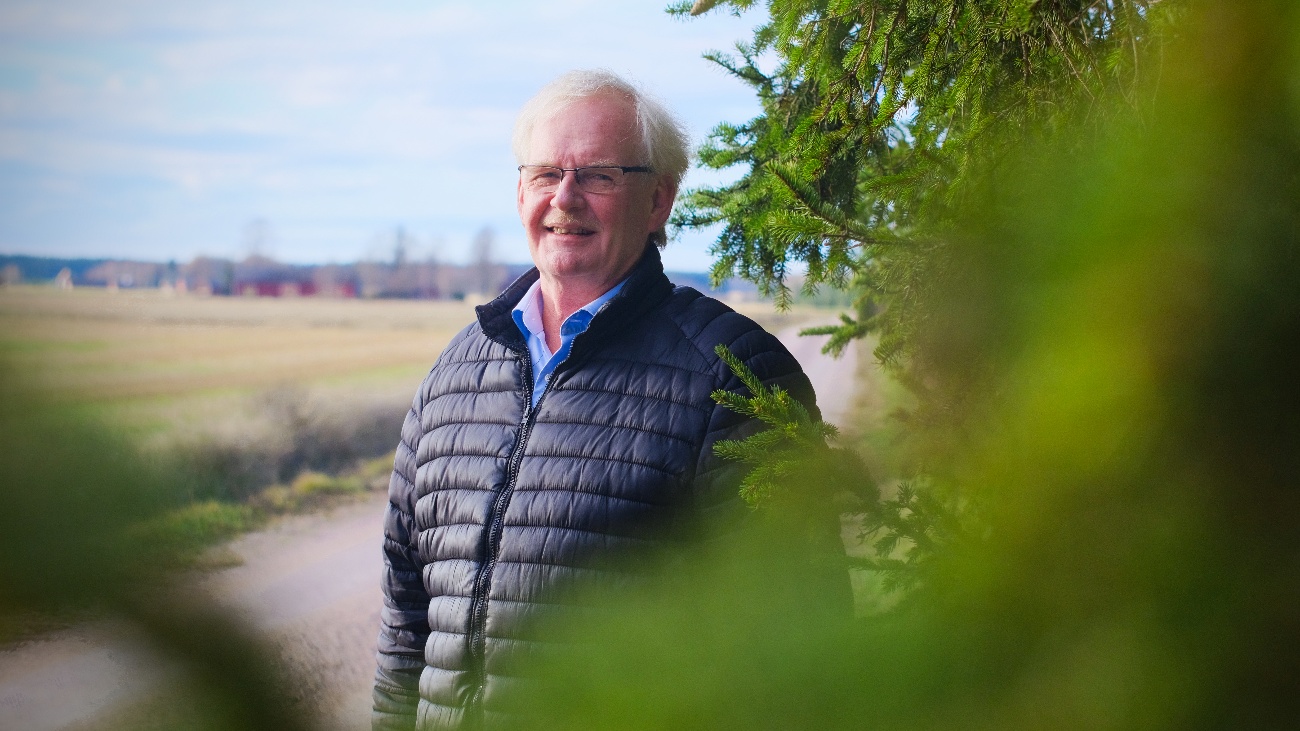 The operational activities of Biokasvu are carried out by Tilkanen together with Jaakko Lehtinen, who is the Production Manager. Product development is the responsibility of Tuomas Tilkanen, Project Manager, and Keijo Lehtonen, Ph.D., scientist who has studied microbial life in soil. 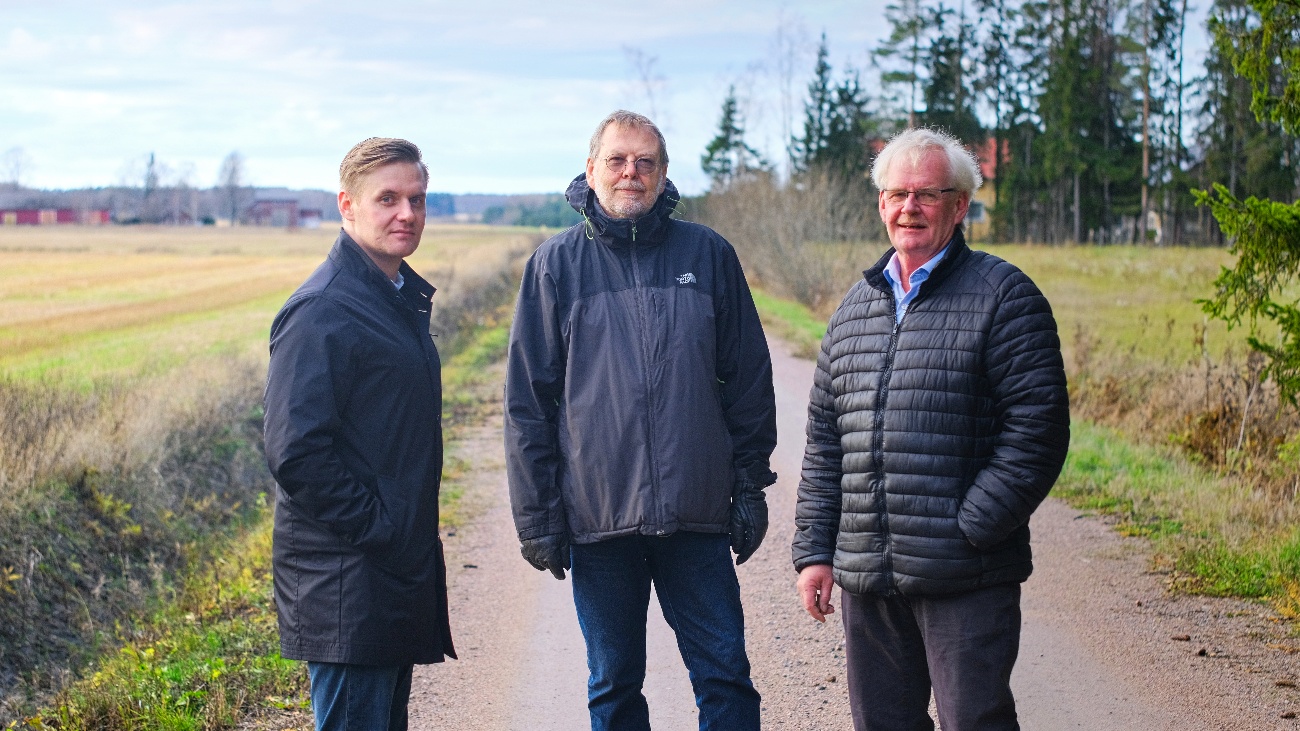 Nutrients made available for crops by stimulating micro-organisms

The idea of stimulating soil micro-organisms was first conceived nearly 10 years ago. At that time, Biokasvu was trying to solve the common problem of accumulated fibre in golf courses.  In Finland and elsewhere, the accumulation of nutrients in the soil had been studied, but without focusing on the rich activity of living soil micro-organisms in the whole temperate zone.

– Only a few studies indicating that there might be more life in soil than had been previously thought, had been completed by the early 2010's.  It was our own experiments that gave us the idea of feeding micro-organisms in the soil and stimulating them to do what they do by nature:  to decompose organic matter, Tilkanen recalls.

– Keijo and I started to consider whether the decomposition process could be controlled to improve the availability of nutrients to crops.

On the basis of field experiments made during the research process, the developing theory could be shown to work in practice. Soon after that, the entrepreneurs felt that this was an invention that should be patented.

– This was all quite a new way of thinking, even to those whose job is to study soil and plant cultivation. Even to them, micro-organisms turned out to be of greater importance than researchers in Finland had previously thought.  In the rest of the world, the situation was much the same as in Finland. The activity of micro-organisms and various fungi was and still is slightly mysterious, Tilkanen says.

The first contact with Berggren was about eight years ago when Biokasvu started to draft an invention disclosure for a patent application.  Berggren and Outi Virtaharju, the contact person for Biokasvu, were impressed with the company´s solid know-how in this biotechnological sector.

– Outi was convincing in her views and opinions on how we should proceed with our idea, Tilkanen recalls.

From the outset, it was obvious that patents would be applied for internationally, throughout the entire Western world. The enormous potential of the invention to replace chemical fertilizers by releasing nutrients from recycled fertilizers that are available for plants in a controlled matter, and the resulting savings of costs, energy and soil, was globally recognized.

– The problems are global, particularly in the temperate climate zone. So the situation is the same everywhere. It is true that patenting involves costs and we are a small company, but the costs were reasonable in view of their benefits, Tilkanen says.

Up to now, patents have been granted not only in Finland but also elsewhere in Europe and the USA. They cover almost the entire Western world and some parts of Eurasia. The length of the application procedures varied, but now, after a process of about seven years, the applications have reached the finish line. At the moment, a suitable entity is being sought which would be capable of bringing this new invention to the international market.

Smooth and efficient work toward a common goal

In Tilkanen's own words, collaboration with Berggren was smooth and efficient. There were no unnecessary meetings, and it was hardly necessary to have physical meetings at all. Conference calls and emails were largely sufficient for communication.

– Outi had the relevant skills and knowledge to advise us about which features should be focused on in each patent application. She also had an impressive perspective on how to address the positions of various patent offices.  In short, Berggren helped us find the right approach, Tilkanen notes.

– It would have been impossible for us to formulate patent applications by ourselves.  It is true that we have had to work hard, but not once have we felt the need to bang our heads against a wall but things have actually gone quite smoothly, Tilkanen points out.

Berggren is a European full-service IP law firm. We provide high-quality, comprehensive and business-oriented services and digital solutions for all areas of intellectual property to help our clients develop the best possible IP strategy.  Berggren is your strategic partner for growth and development of your business.