In this fifth article of our 2022 weekly series addressing updates to the European Patent Office’s (EPO) Guidelines for Examination, we review changes in the sections of the Guidelines dealing with oral proceedings and in particular to oral proceedings by video conference (VICO).

We will continue to address other revisions to the Guidelines in the European patent section of Monday’s Lexology newsfeed. (For a recap, the first four articles in our EPO Guidelines update series addressed (1) amendments to the description, (2) partial priority, (3) mathematical methods and AI, and (4) simulations and other computer-implemented inventions.)

Article 116 of the European Patent Convention (EPC) enshrines the rights of any party to EPO proceedings to request oral proceedings. Oral proceedings by VICO have been previously used during examination, but during opposition and appeal proceedings they were always held in person at the premises of the EPO or the Boards of Appeal until 2020/2021, when in-person proceedings were mostly replaced by VICO as the standard format due to COVID-19 pandemic.

As a result, almost 8000 oral proceedings were held by VICO in 2021 and, according to the EPO, none of them had to be adjourned and postponed due to severe technical issues.

The question of whether holding oral proceedings in the form of a videoconference without the consent of all the parties is compatible with the EPC was referred to the Enlarged Board of Appeal of the EPO in case G 1/21. The question was answered by the Board in the affirmative, albeit with a slightly a narrowed scope, thus confirming that the oral proceedings referred to in Article 116 of the EPC are not limited to a specific form.

This ruling, however, left open the question of whether oral proceedings could be conducted in the form of VICO without the consent of the parties in first instance proceedings, i.e., examination and opposition proceedings, as well as whether consent is needed when there is no general emergency. (For a more detailed overview of the G 1/21 case, see our earlier articles here, here, and here.)

Based on the reasoning of the Enlarged Board in G 1/21, it appears that after the pandemic emergency is lifted, oral proceedings are expected to go back to the default of in-person oral proceedings at least before the boards of appeal, unless all parties agree that oral proceedings can be conducted by VICO.

The fate of oral proceedings in opposition proceedings is less clear and might depend on technical improvements to VICO as well as user familiarity with VICO in the meantime. Mixed oral proceedings should also be possible, where, especially, witnesses and experts may want to choose to appear by VICO for convenience.

While G 1/21 has been much discussed and has raised a number of questions regarding organisation of oral proceedings, technical limitations of VICO and compatibility with the EPC, the decision has mostly confirmed the status quo and the compatibility of VICO with the EPC. Indeed, G 1/21 is not even mentioned in the updated Guidelines. Nevertheless, several sections of the new 2022 Guidelines have been updated to reflect changes in practice for oral proceedings held both by VICO and in-person.

Guidelines Section E-III, 1 has been updated to specify that oral proceedings generally are to be held by VICO either at the request of the applicant or at the instigation of the competent department, not just before examining divisions, but also before the receiving section and the legal division.

Section E-III, 2 has been updated to clarify that a competent department may issue a decision in writing without oral proceedings being held even in the case where the party or parties have requested oral proceedings unconditionally provided there is no valid request for oral proceedings from a party adversely affected by the decision envisaged.

In order to simplify the ID checks required at the start of oral proceedings, the 2022 Guidelines section E-III, 8.3.1 has been updated to allow submitting a copy of an ID document in advance either by online filing no later than two days prior to the oral proceedings or by email at the beginning of the oral proceedings to a specified email address. The ID document must visibly show the full name and picture of the person concerned, whereas the rest can be hidden. In addition, the identity of only one representative per party needs to be checked as the rest of the participants’ identities can be confirmed orally by the representative whose identity has been already confirmed. Furthermore, according to a notice published in the EPO’s Official Journal, the EPO badge for professional representatives can now be received by mail without having to visit EPO premises in person, which should also contribute to simplified ID checks during VICO.

An additional clarification of established practice has been made in 2022 Guidelines section E-III, 8.5.2 by clarifying that a regular email signature comprising the sender’s name and position (e.g., European Patent Attorney) satisfies the need for subsequently filed documents in oral proceedings to be signed.

Oral proceedings by VICO are here for the foreseeable future as a default at least until the end of the acute phase of the COVID-19 pandemic. Given the reasoning provided in G 1/21, it appears that after the general emergency is lifted, oral proceedings before the boards of appeal are expected to go back to the in-person format as default, whereas the format of the opposition oral proceedings is less clear and may be dependent on technological improvements of VICO. Moreover, it is likely that some parties will agree to conduct the oral proceedings by VICO to reduce travelling, cost, and environmental impact. In addition, mixed oral proceedings are likely to occur, where witnesses and experts, in particular, may want to choose to appear by VICO.

Further developments of the technical functionality of oral proceedings by VICO are planned for April 2022 by the EPO based on user surveys and internal inputs. Despite some minor changes and technical considerations required for the VICO format (which can be found here and here), whether in-person or by VICO, oral proceedings continue as usual with mostly positive experiences as reported by user surveys thus far. 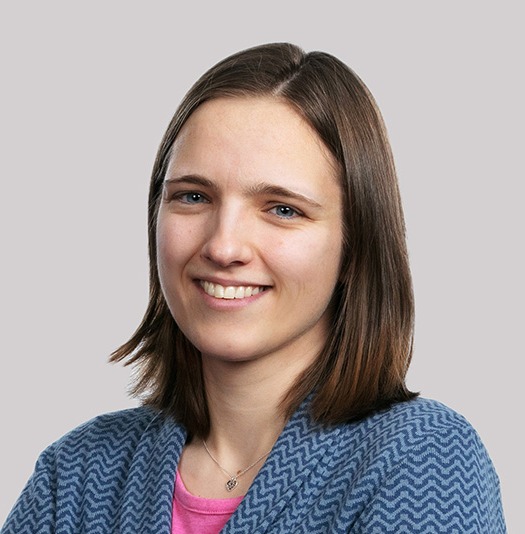 Vilgailė is enthusiastic about novel technologies and supporting innovation. She can assist clients in various patenting-related tasks, such as novelty searches, preparation of patent applications, and communication with the patent office.

In this seventh and final article of our 2022 weekly series addressing updates to the European Patent Office’s (“EPO”) Guidelines for Examination..

Review of Simulations and Other Computer-Implemented Inventions: Berggren’s Series on 2022 EPO Guideline Revisions

In this fourth article of our 2022 weekly series addressing updates to the European Patent Office’s Guidelines for Examination, we continue last..