Domain Name Dispute Resolution Options:  Features, Benefits and Other Considerations for Selecting Between UDRP and URS

Both procedures provide a legal framework for the resolution of disputes between a domain name registrant and a third party over the abusive registration and use of an internet domain name. Compared to court proceedings both UDRP and URS offer faster and more cost-effective alternatives for resolving domain-related disputes.

But how does one determine whether UDRP or URS is the best alternative under a particular set of circumstances? Below we describe some of the key features of each system and we offer practical suggestions for selecting between the two options.

The UDRP procedure begins with the Complainant filing a complaint with an ICANN-approved dispute resolution service provider for an abusive domain name registration. For a complaint to be successful, the Complainant must establish that the following requirements are fulfilled:

When the Complainant holds a national or regional registered trademark or service mark, this prima facie satisfies the first threshold requirement of having trademark rights. When a domain name incorporates the entirety of a trademark, or when at least a dominant feature of the relevant mark is recognizable in the domain name, the domain name will normally be considered identical or confusingly similar to that mark.

With respect to the second UDRP requirement, the Complainant must make a prima facie case that the respondent lacks rights and legitimate interests in the disputed domain name. In this respect, the burden shifts to the Respondent to show otherwise. The grounds available to the Respondent to demonstrate their rights or legitimate interests are non-exclusive.

This is also the case for the third UDRP requirement regarding the registration and use of the domain in bad faith, for example, when the domain name is registered primarily for the purpose of disrupting the business of a competitor.

The UDRP process normally includes a single round of pleadings without the opportunity for discovery. In addition to the complaint and the response, the panel may request, in its sole discretion, further statements or documents from either party.

Both parties retain the option and the right to rely on court proceedings during an ongoing UDRP procedure or following a UDRP decision.

The URS procedure includes a set of rules very similar to the better known UDRP. The URS system was planned to complement the UDRP procedure by offering lower costs and a faster path to relief for right holders, particularly in the most clear-cut cases.

The URS procedure applies to the “new” gTLDs and certain legacy TLDs which have incorporated the URS procedure, such as .org, .info, and .jobs, and some ccTLDs (e.g. .pw).

Under the UDRP process, a decision can be expected in about two months. In contrast, the URS procedure from the time of filing of the complaint to issuing and implementing a final determination can take place in a less than three weeks. In addition, the official fee for URS starts at around 375 euro compared to about 1500 euro for the UDRP.

As with UDRP, the URS process begins with the Complainant filing a complaint with an ICANN-approved service provider. There are some differences in the requirements for a successful complaint but fundamentally the same three requirements apply.

Upon closer inspection apparently minor differences in the systems can potentially affect the outcome. For example, the URS only recognizes word marks while the UDRP does not have a similar limitation. Also, the URS requires that the Complainant provide evidence that is “clear and convincing” while the UDRP standard is lower requiring only a “balance of probabilities”. This difference underscores the URS objective of being applicable in “the most clear-cut cases of infringement”.

Unlike the UDRP, the URS procedure also includes its own internal appeal process so that either party can appeal the decision. The most notable difference between the procedures, however, is that the only remedy available under the URS is suspension of the domain name, rather than cancellation or transfer.

Choosing Between UDRP and URS

Compared to court proceedings, both UDRP and URS offer faster and more cost-effective alternatives to resolve domain name disputes. The procedures are also considerably more informal than litigation and are specifically set up with domain issues in mind. The decision-makers in these processes are experienced in the field of trademarks and domain matters and the available remedies are more limited in scope compared to litigation but compensate for that in speed and much lower costs.

In deciding between UDRP and URS, perhaps the first consideration should be whether it is important that the domain is transferred to the Complainant or if suspension is sufficient. Often the Complainant would like to have the domain in question transferred. However, the URS procedure should be considered especially under circumstances where the number of “clear-cut” cases of abusive registrations is increasing and having the domain suspended as soon as possible is essential.

Thus, while there are several, differences between the two systems, in general a trademark holder should select UDPR when recovery of a desirable domain name is the main goal. In contrast, a trademark holder may select the complementary URS to suspend the less desirable domain names for which they have no interest in acquiring and using themselves.

Blog writers Atte Karineva and Markku Szymczak are happy to help you in any questions you may have concerning this topic. 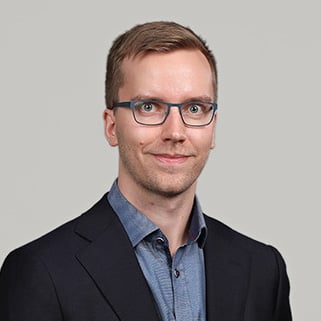 Atte assists our clients on variety of IPR related assignments especially related to trademarks and contracts. He works as a part of our agreements team which helps our clients in drafting, negotiating and commenting on commercial agreements of all types.

How is your .fi domain doing?

If you do not know, you may check here, whether the .fi domain corresponding to your trademark or company name is still available.